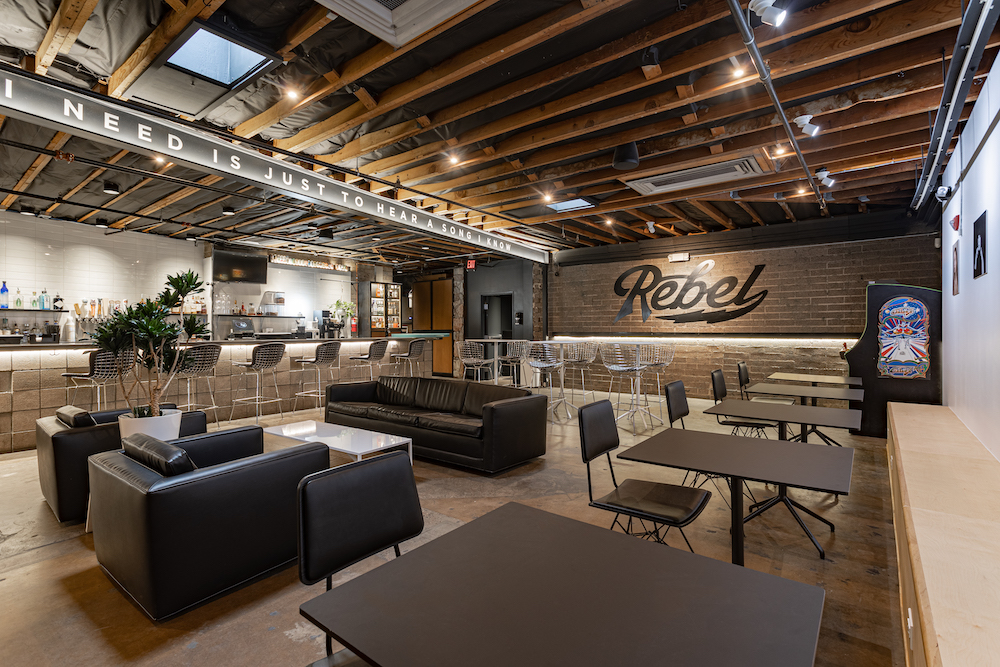 The Rebel Lounge is a live music venue located in the best parts of Phoenix, Arizona. The venue was once known as The Mason Jar, but took on its current name when Stephen Chilton of Psyko Steve Presents took it over in 2015.

The original venue was first founded in 1979 where it became established as one of the top clubs in central Phoenix. It played host to concerts from some of the big names in alternative rock, including Rage Against the Machine, Tool, Green Day, Guns ‘N’ Roses, and Nirvana among others. Then the 2000s came and the club revamped to book a more diverse range of music. This included modern rock, indie, and metal bands including Fall Out Boy, Jimmy Eat World, and The Black Keys.

The club’s reputation led to it being the first stop for many up-and-coming musical acts on their way to superstardom. And it’s fame led to it being named “Best Punk Club,” “Best Rock Club,” “Best Marquee,” and “Best Rebooted Venue” by the Phoenix New Times in their annual Best Of Phoenix awards.

Recently, the venue has even become home to Reap & Sow Coffee Bar. Which has been named “Best New(ish) Coffee Shop” by Phoenix Magazine.

Over its long history, The Rebel Lounge has hosted many famous artists. These run the gamut from alternative rock stars, metal, indie, and several other genres of rock. Here’s a short list of some of the performers that have come down to rock out at The Rebel Lounge.

Sign up for our newsletter and get $5 off your first order!
You will also recieve a monthly “What’s On Guide” to your email!