Brooklyn-based indie-punk band Thick will come to Rebel Lounge on Sunday 2nd October 2022. The band’s upcoming tour celebrates its latest EP, Happy Now. The EP comes out on 19th August and fans are pretty excited because they will get to hear it live for the first time. Thick teased fans with their latest single, “Loser,” and has created a lot of hype around the upcoming performances. The tour kicks off on 27th August, shortly after the album release, and sees Thick play at several notable destinations, including Boston, Rochester, Hamden, Detroit, Toronto and many others. The current schedule sees Thick ending their tour on 13th October in Philadelphia but owing to increasing demand, there could be additional dates. However, you should get your tickets ASAP if you want to see Thick live at Rebel Lounge on 2nd October 2022. 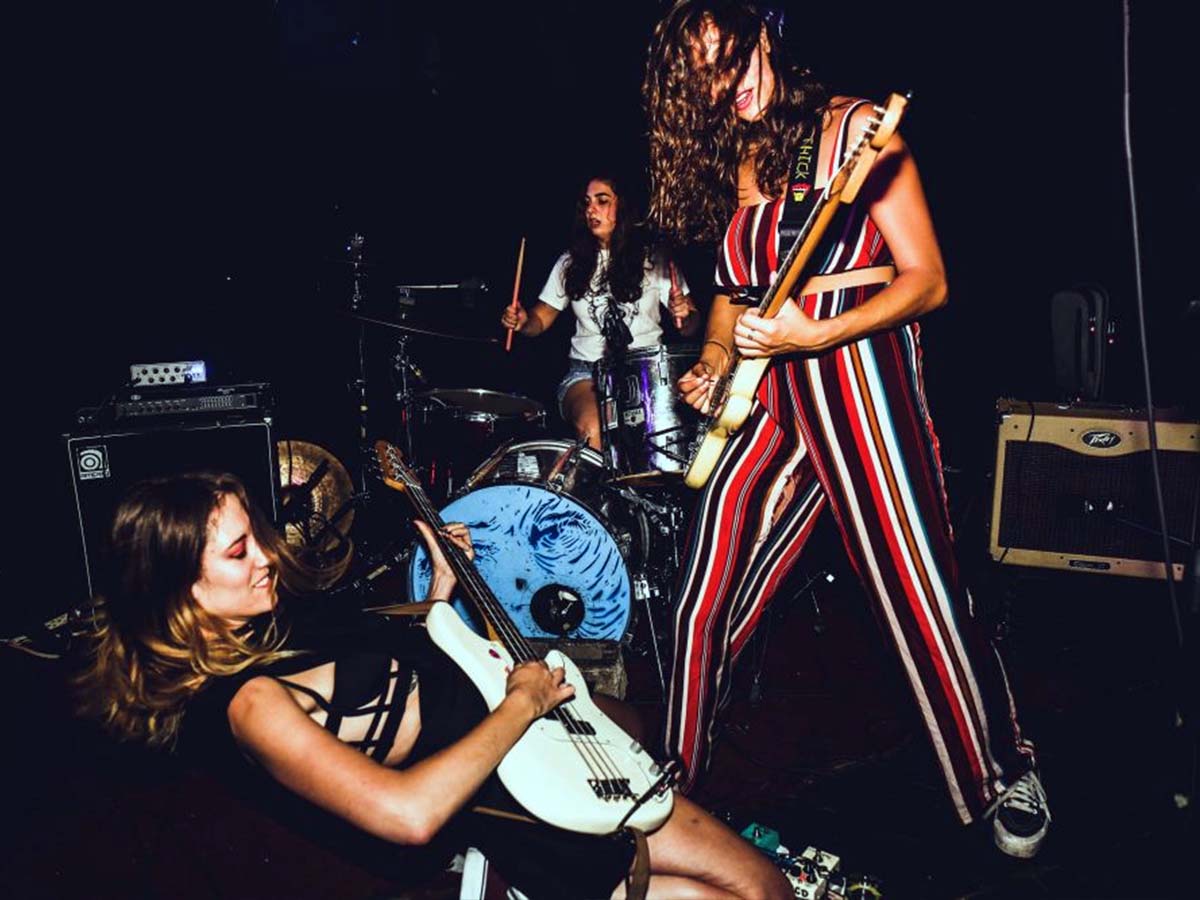 Happy Now is another promising album that will be all about exploring emotions and heartfelt feelings. Lead guitarist and vocalist Nikki Sisti talked about the upcoming album, stating how it promises to lean towards optimism and allows people to freely express what they well. The upcoming tour will see the trio receive support from Skating Polly on all dates and additional support from other talented outfits such as Bad Waitress, Vial, and The Muslims. They will play several performances in their hometown New York City, for which the fans are quite ecstatic.
Thick was formed in 2014 and consisted of Nikki Sisti, Kate Black and Shari Page. The band announced itself to the music industry in 2019 with a self-titled EP. Since then, they have continued to produce incredible music and toured with some notable names such as punk legends Flogging Molly and Violent Femmes in 2021. However, their own fan base has grown massively over the years, and there has been considerable excitement surrounding their upcoming EP. The band is also known as incredible live performers who put on stupendous shows for their fans every time they step on a stage. Witness it yourself by catching them live at Rebel Lounge on 2nd October 2022.

Sign up for our newsletter and get $5 off your first order!
You will also recieve a monthly “What’s On Guide” to your email!